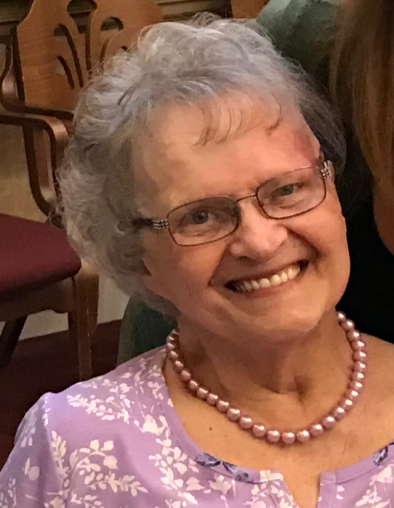 Private services will be held at Wooster Cemetery with Pastor Robert D. Fetterhoff, her brother Pastor George Johnson and her son Pastor Tom Peters officiating. Online tributes may be made at www.RobertsFuneralHome.com.

She graduated 2nd in her class from Northwestern High School in 1953.

She married Frederick George Peters on June 20, 1954. He survives.

Jane retired from the Atkinson Printing, where she worked in the bindery department. She was a member of Grace Church. While serving as a missionary she taught Sunday School to children and women in Africa. Jane enjoyed traveling, flowers, music, and spending time with her family, especially her grandchildren whom she adored.

Jane was preceded in death by her brother David Johnson.

To order memorial trees or send flowers to the family in memory of Sara Jane Peters, please visit our flower store.