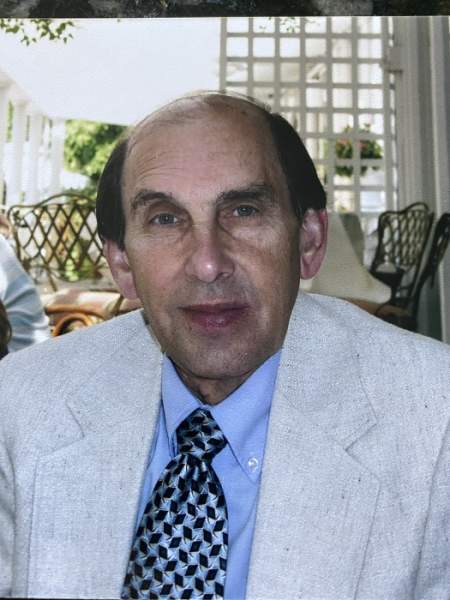 Friends may call Saturday from 11:00 a.m. to 12:00 p.m. at Grace Church 4599 Burbank Road, Wooster, Ohio 44691.  Funeral services will follow at 12:00 p.m. at the church and available on Facebook Live with Pastor Randy Moomaw officiating.  On Facebook, search “Aaron Berkowitz Funeral.”  Please call 330-345-5665 for assistance. Entombment will follow at Sherwood Memorial Gardens.  Online tributes may be made at www.RobertsFuneralHome.com.   Memorial contributions may be made to Alzheimer’s and Dementia Memory Care Fund at Kemper House 10890 Prospect Road, Strongsville, Ohio 44149.

Aaron was born August 24, 1934 in Cleveland, Ohio to Morris and Dorothy {Stefan} Berkowitz.

Aaron graduated from John Hay High School in 1952.  It was at John Hay that Aaron met Shirley.

Aaron started as an electrician at TRW in Cleveland. He worked for over forty years for Bell & Howell in Wooster, He was a member of Grace Church, helping as a greeter.  Aaron had a passion for photography.  He collected cameras and loved taking pictures.  Aaron was an avid hockey fan and, also played for the Cleveland Barons Midget Hockey Team in the mid 1950’s. He always put his family first, and rarely missed a sporting event of his grandchildren.

Aaron was preceded in death by his parents, and his wife.

To order memorial trees or send flowers to the family in memory of Aaron Berkowitz, please visit our flower store.