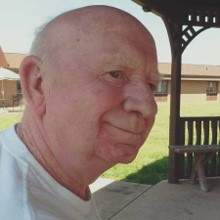 Roberts Funeral Home-Sherwood Chapel, Wooster is assisting the family.  There will be a private memorial service held later. Online tributes may be made at www.RobertsFuneralHome.com. Memorial contributions may be made to Alcoholics Anonymous, Box 459 Grand Central Station New York, NY 10163.

He was a retired truck driver.

Ardene was preceded in death by his wife on July 3, 2015, parents, and sister Geneva “Ginger” Ellis.

To order memorial trees or send flowers to the family in memory of Ardene "Sonny" Boles Jr., please visit our flower store.