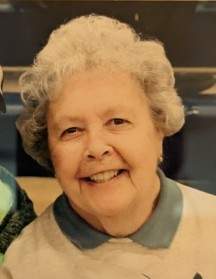 Beverly Pickering, 82, of Ashland, went home to be with the Lord Wednesday, April 13, 2022, at her residence with her son by her side.

Beverly was born March 24, 1940, in Ashland to Denzil and Emily {Farnsworth} Kendall.

She worked for the Hedstrom Corp. for 26 years.

Beverly was preceded in death by her parents, Denzil Kendall and Emily (Arthur) McKinley.

Friends may call Monday from 11 a.m. to 12 p.m. at Roberts Funeral Home-Ashland Chapel, Ashland.  Services will follow at noon at the funeral home with Chaplain Doug Olsen officiating.  Burial will be at Ashland County Memorial Park.   Online tributes may be made at www.RobertsFuneralHome.com.   Memorial contributions may be made to the Nankin Lions Club, PO Box 57, Nankin, Ohio 44848. The family would like to thank Pathway Hospice Home Care for their loving care of Beverly.

To order memorial trees or send flowers to the family in memory of Beverly Pickering, please visit our flower store.