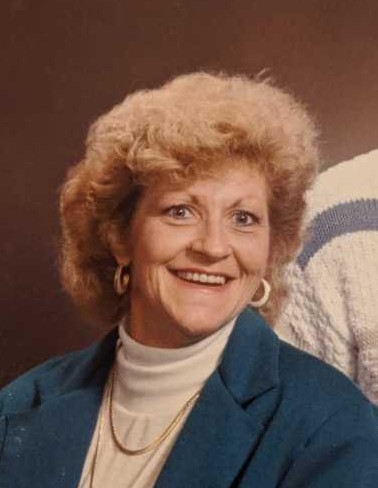 Bonnetta was born December 13, 1943 in Ashland to James Edward and Beulah {Frary} Lewis

She graduated from Ashland High School and spent most of her life in Ashland County.

She married John McQuillen, then later Robert Bowles. Bonnetta worked as a retail manager and administrative assistant. She was also a member of Centerburg Christian Church.

Bonnetta was preceded in death by her mother, father, step-father Lloyd Gray, and her son Jason McQuillen.

Friends may call Monday from 11:00 a.m. to 1:00 p.m. at Roberts Funeral Home-Ashland Chapel.   Funeral services will follow at the funeral home, with Pastor Julie Thoms officiating.  Burial will follow at Ashland County Memorial Park. Online tributes may be made at www.RobertsFuneralHome.com.   Memorial contributions may be made to The Ashland Salvation Army, 527 East Liberty Street Ashland, Ohio 44805.

To order memorial trees or send flowers to the family in memory of Bonnetta Bowles, please visit our flower store.