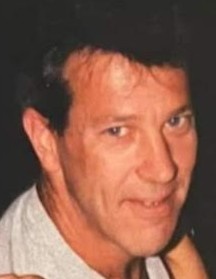 He graduated from Crestview High school in 1979.

Carl worked for Abbott Laboratories as a press operator for many years. He then worked for PCA as a baler operator. Carl was a lifetime member of the Eagles Club where he also worked as a bartender. Carl was an avid Browns fan and enjoyed camping, bowling, and golf. He loved being around his friends and going on hayrides that were driven by his best friend Danny Streit. He was always willing to help anyone who needed him.

Carl will be deeply missed by his daughter Alisha (Curt) Dorsey and 3 grandsons all of Shelby; Son Corey (Ginnie) Scott and one grandson of Colville, WA; brother Douglas (Vickie) Kithcart of Savannah; sister Janet (Bob) Coffman of Ashland.

Carl was preceded in death by his parents and brother Ronald.

A Celebration of life will be held at a later date. Online tributes may be made at www.RobertsFuneralHome.com. The family would like donations sent to Roberts Funeral Home or the charity of your choosing.

To order memorial trees or send flowers to the family in memory of Carl Kithcart, please visit our flower store.