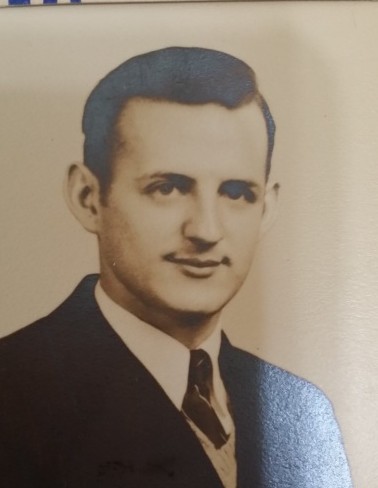 Carl Vasiloff, 94, of Rittman, died of old age on October 11, 2020 at his residence with his family by his side.  Dad was born September 22, 1926 in Newark, Ohio to Nick and Mary (Bjalko) Vasiloff. He grew up during the Great Depression in abject poverty, but he rose above it and did so much with his life. Dad served in the US Army during WWII. He was a staff sergeant serving in Germany.  On the GI Bill, he earned an associate degree in business, and eventually created his own home construction company.  He married the love of his life, Margaret Latham on October 13, 1950.  They were married until mom passed in 2014.  Dad was creative and artistic, and designed many of the houses he built. He was interested in everything and was an avid reader and lifelong learner. He loved square dancing, fishing, gardening, camping, boating, waterskiing, and could build and repair anything.  He built an iceboat that his sons piloted across a frozen Nimisila Reservoir. He took his sons on many adventures in Canada, one of which we were dropped off of a Canadian National train in the wilderness.  He built many sleds and snowmobiles, as well as toys for his sons and later, his grandchildren.   In later life, he learned to paint on canvas by watching Bob Ross.  He was a natural and we all have his paintings adorning our homes. Most of all, he loved his family and doing things with his family. He loved to cook on a fire, and we had many hundreds of cookouts.

Services will be held on a date-to-be-arranged at the Ohio Western Reserve National Cemetery in Seville, Ohio, where military rites will be held.   Online tributes may be made at www.RobertsFuneralHome.com.

To order memorial trees or send flowers to the family in memory of Carl Vasiloff, please visit our flower store.