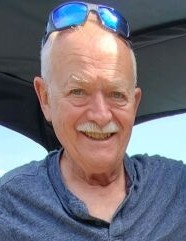 Friends may call Tuesday from 1 to 2 p.m. at Roberts Funeral Home-Sherwood Chapel, Wooster. Funeral services will be Tuesday at 2 p.m. at the funeral home. Burial will be at Sherwood Memorial Gardens, where military rites will be held. Online tributes may be made at www.RobertsFuneralHome.com. Memorial contributions may be made to Shreve American Legion Post 67, PO Box 613, Shreve, OH 44676.

Chuck was born November 28, 1944 in Detroit, MI to Charles Henderson and Gladys Koehler.

He worked for LUK for 6 years.  Chuck enjoyed golf, fishing and woodworking.

Chuck was preceded in death by his parents, daughter Vicki.

To order memorial trees or send flowers to the family in memory of Charles Henderson, please visit our flower store.