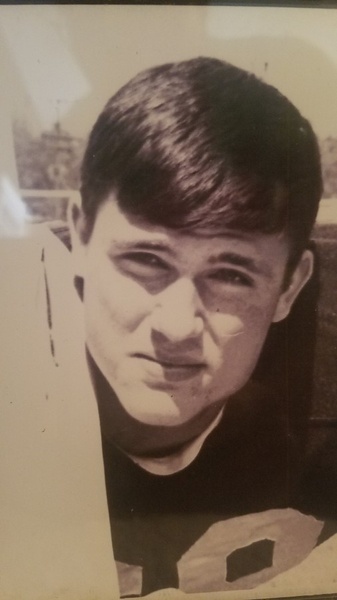 
Dale Ira Winters, age 70, was born May 30th, 1950 in Garfield Heights, Ohio and lived a life full of love until the day he passed, September 29th, 2020 in Marietta, Ohio. Dale graduated from Marietta College with a teaching degree. On July 10 th , 1974 Dale and Debbie Winters were married and began their life journey together. Dale soon went on to graduate from The Ohio State University with a masters’ degree. Dale was a very well-known teacher throughout Ohio, spreading his knowledge and love for math. Not only was he a math fanatic, he loved sports. He also discovered and became an active part of the recovery community for the next 36 years. Dale spent a lot of time coaching track & field, football, softball, and volleyball. He was an avid participant in the USAA track & field, and the Senior Olympics where he threw shot put, javelin and discus. He was also a member of the PDGA (Professional Disc Golf Association) and made many friends and acquaintances through his travels to different disc golf courses. Dale was a bright and kind soul who will be missed by his loving wife, Debbie Winters; son, Jon Winters; daughter-in-law, Diana Winters; grand- children, Kitana and Wes Winters; and sister, Nancy (Winters) Anderson. Dale was preceded in death by his parents Stephen and Elsie Winters. Family and friends are welcomed at the Roberts Funeral Home - East Lawn Chapel, 27880 St. Rt. 7, Marietta, for calling hours on Tuesday, October 6th at 2 to 4pm and 6 to 8pm. There will be a graveside service at East Lawn Memorial Park on Wednesday, October 7th at 2pm. Online tributes may be made at www.RobertsFuneralHome.com.

To order memorial trees or send flowers to the family in memory of Dale Winters, please visit our flower store.