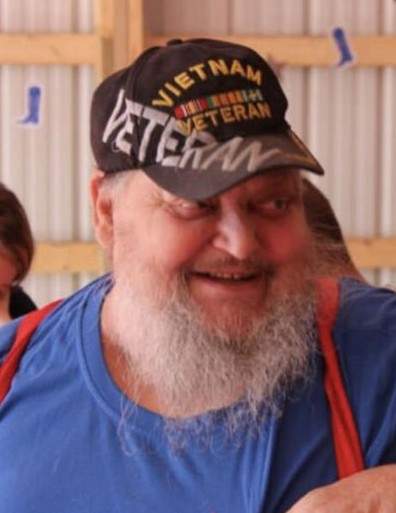 Friends may call Monday from 2 to 3 p.m. at Roberts Funeral Home-Sherwood Chapel, Wooster.  Services will follow at 3 pm at the funeral home with Pastor Joel Mason officiating.  Burial will be at Sherwood Memorial Gardens, Wooster where military rites will be held.   Online tributes may be made at www.RobertsFuneralHome.com.

He served in the US Army during the Korean Conflict and Vietnam War.  He was assigned to the first Battalion 28th infantry, 1st infantry division.

He married Marilyn Christopher on June 6, 1965.  She survives.

Darel retired from Rexroth. He spent most of his life striving to make people happy with sharing jokes and dressing as Santa at his drive-through Christmas light display in Nashville, Ohio. He found happiness helping people and enjoying his dogs and coin collection.

Darel was preceded in death by a grandson Seth Starner, his parents, and brothers Richard, Ray, and Clayton Rock.

To order memorial trees or send flowers to the family in memory of Darel Rock, please visit our flower store.