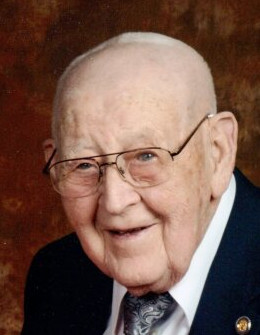 Masonic service will be Wednesday at 4 pm at Roberts Funeral Home-Sherwood Chapel, Wooster. Friends may call from Thursday from 10 to 11 am at Trinity Church of Christ. Services will follow at 11 am with Rev. Dr. Kevan Franklin officiating. Burial will be at Wooster Cemetery. Online tributes may be made at www.RobertsFuneralHome.com. Memorial contributions may be made to Trinity United Church of Crist, Breakfast Program, 150 E. North St., Wooster, OH 44691.

Don worked for Ag Producers and the Ohio Department of Agriculture, Bureau of Markets for 25 years. He then worked for the Wooster Brush Company as a supervisor for 22 years until his retirement in 1991. He also owned Starr Locksmith and worked at the College of Wooster Golf house. Don was a member of the Trinity United Church of Christ. Don was an active member and Past Master of Ebenezer Lodge #33 F&AM, Knight York Cross of Honor, 32nd degree Mason with Scottish Rite Valley of Canton, Past Grand Steward Knight Masons, Wooster Order of the Eastern Star, Royal Order of Scotland, and Wooster Chapter # 27 where he had served as District Deputy High Priest.

Don will be deeply missed by his wife, Hazel, children Kathy (Robert) Atwell of Mount Vernon, Jennifer (Keith) Edwards of Shreve, and Philip (Caren) Starr of Wooster; 4 grandchildren; and 5 great-grandchildren.

To order memorial trees or send flowers to the family in memory of Donald Starr, please visit our flower store.