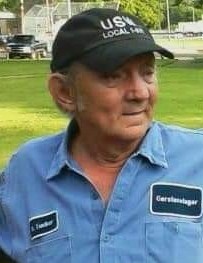 He graduated from West Holmes High School. Donald served in the US Army as a mechanical Engineer.

He retired from Artiflex after 25 years. He enjoyed fishing, watching the old westerns and listening to music especially George Jones.

Donald was preceded in death by his parents, two brothers and one sister.

Memorial Services will be Saturday, June 26, 2021 at 11 am at Roberts Funeral Home with Rev. Randy Henney officiating, where military rites will be held. Burial will be back home in West Virginia. Online tributes may be made at www.RobertsFuneralHome.com. Memorial contributions may be made to the Louis Stokes Cleveland VA Medical Center, 10701 East Blvd. Cleveland, OH 44106

To order memorial trees or send flowers to the family in memory of Donald Tucker, please visit our flower store.