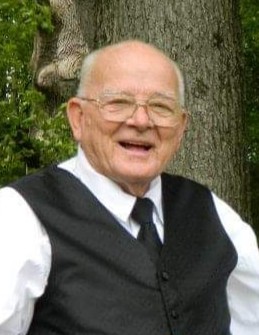 Edwin “Tony” Baker, 85, of Ashland, died Thursday, August 6, 2020 at his residence, surrounded by his loving family.

Tony retired from Treasured Craft as a maintenance man in California.  He also coached softball for many years.  After moving to Ohio, he owned his own lawn mower repair company. Tony attended St. Peter’s Catholic Church. He was a hard worker and loved to bowl, where he would travel to Las Vegas for tournaments.

Tony will be deeply missed by his wife of 36 years; children David Lee Baker and Taunya Ruanie Baker both of Florida, and Cathleen M. (Mark) Clarke and Rosalee (Ryan) Bittle both of Ashland; many grandchildren and great-grandchildren.

Tony was preceded in death by his son James Anthony Baker, brothers Rusty and Eugene Baker.

Private services will be held at Roberts Funeral Home-Ashland Chapel.  Burial will be at Ashland County Memorial Park.   Online tributes may be made at www.RobertsFuneralHome.com.

To order memorial trees or send flowers to the family in memory of Edwin "Tony" Baker, please visit our flower store.