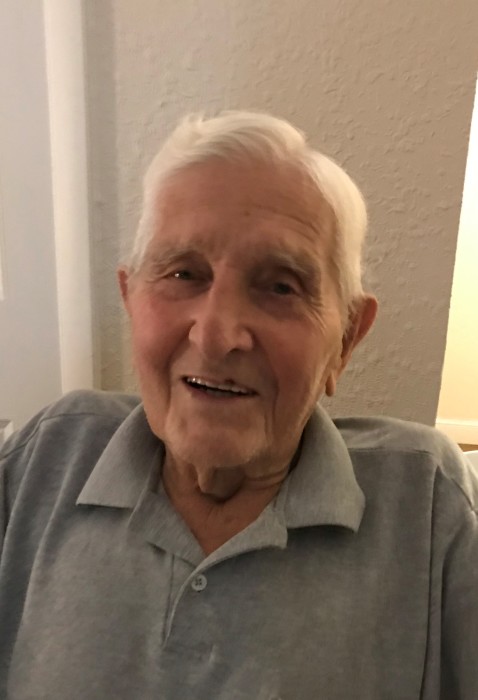 Eugene Martin O’Brien, 94, died Thursday, February 6, 2020 at Ridgecrest Nursing and Rehabilitation Center in Deland, Florida. Eugene was born on April 26, 1925 in Mount Vernon, Ohio to Martin and Mabel O’Brien, nee Boling. He was married to Marilyn A. O’Brien, nee Davies until she passed away on October 23, 2013. He and his wife lived in Mount Vernon until moving to Deland in 2001.

Eugene was the owner of O’Brien Sheet Metal in Mount Vernon and then worked at the Mount Vernon Developmental Center until his retirement in 1995. He joined the United States Army at the age of 18 and served in World War II until he was honorably discharged in 1945.

Eugene will be deeply missed by his son, Scott E. O’Brien, of Deland, Florida; as well as his many nieces/nephews, great-nieces/great-nephews and friends.

Eugene was preceded in death by his parents, siblings and wife.

Mount Vernon Chapel. Funeral services will follow at 2 p.m. at the funeral home with Deacon Tim Birie officiating. Burial will be at Mount Vernon Memorial Gardens, where military rites will be held. Online tributes may be made at www.RobertsFuneralHome.com

To order memorial trees or send flowers to the family in memory of Eugene O'Brien, please visit our flower store.