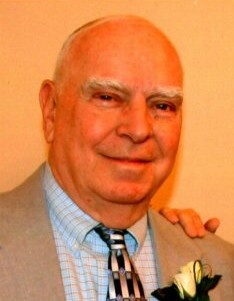 He served in the U.S. Army during the Korean War.

Gene retired from General Motors as an accountant. He was a member of the Church of God in Ashland. Gene volunteered at Hospice of North Central Ohio for many years. He enjoyed camping and traveling, but he most loved spending time with his family, grandchildren and great-grandchildren.

Gene was preceded in death by his wife of 49 years and sister Ruth Miller.

Friends may call Friday from 1 to 2 p.m. at Roberts Funeral Home-Ashland Chapel, Ashland. Private services will follow at the funeral home with Pastor  Thomas Blair officiating.  Entombment will be at Ashland County Memorial Park, where military rites will be held.   Online tributes may be made at www.RobertsFuneralHome.com.   Memorial contributions may be made to Hospice of North Central Ohio at 1021 Dauch Dr, Ashland, OH 44805.

To order memorial trees or send flowers to the family in memory of Eugene "Gene" Schmidt, please visit our flower store.