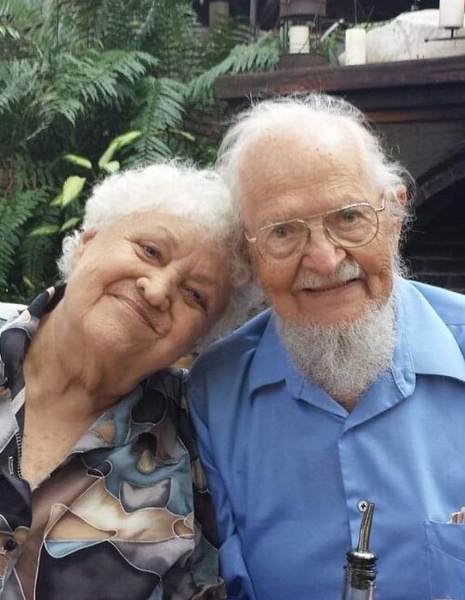 Evelyn was born December 24, 1929 in Dayton to Elmer Louis and Elizabeth M. {Reichbauer} Hinkle.  Due to the Depression, she moved to Chicago as a small child and there, she met her future husband, John Ramsey Franks Jr.  John and Evelyn married on July 3, 1948.  In 1949, they moved to Akron, Ohio to begin building their first home and in September, they gave birth to their first child.

Evelyn was a homemaker up until 1966, when she began working outside of the home, selling lady’s hats, she also taught hat making and ceramic classes.  Evelyn retired from Akron Public Schools, where she taught driver’s education at Hoban High School. After retirement, Evelyn moved to Florida and began a small vacation rental business, that she owned and operated herself.

Evelyn was preceded in death by her husband of 68 years, one brother and one sister.

Services will be Thursday, August 13th at 11:30 a.m. at Roberts Funeral Home-Hillcrest Chapel, Seville with Fred Franks officiating.  Burial will be at Ohio Western Reserve National Cemetery.  Online tributes may be made at www.RobertsFuneralHome.com.

To order memorial trees or send flowers to the family in memory of Evelyn Franks, please visit our flower store.