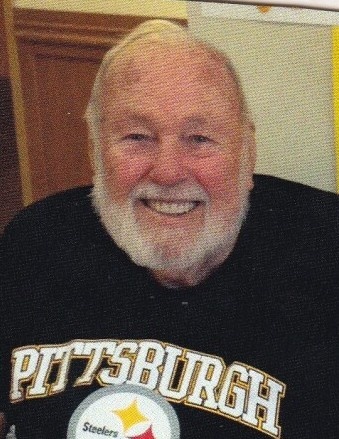 Evoir (Bud) Parsell was born in Cherry Tree, Pennsylvania on July 6, 1932, to Evoir and Lucille {Price} Parsell passed away July 26 at the age of 89.

Bud graduated from Cherry Tree High School in 1950 and joined the Marines where he spent 8 years. He also was at one of the Atom Bomb tests in Nevada.

He was discharged as a Staff Sargent and then moved to Akron, Ohio where he worked at Red Star Trucking, Yankee Lines, and Jones Motor Trucking.

He was also the recording secretary for the 9 years in the Teamsters Union. While in Akron he was involved in the Ellit Athletic Association and several other organizations.

After moving to Wooster he also worked for Gantz Construction and Willey and Company.

Bud was a life member of the Wooster Eagles where he served as a trustee for almost 30 years. He loved hunting and fishing with his boys.

Evoir was preceded in death by his mother Lucille; father Evoir; sisters Peggy and Jean; brother Jack; and son David.

In lieu of flowers, please make a donation to the Wayne County Humane Society or Ohio’s Hospice LifeCare in Bud’s name. The family would also like to thank Wooster Hospital, Freaenius Kidney Center, West View Healthy Living for the wonderful care they gave Bud.

To order memorial trees or send flowers to the family in memory of Evoir "Bud" Parsell, please visit our flower store.