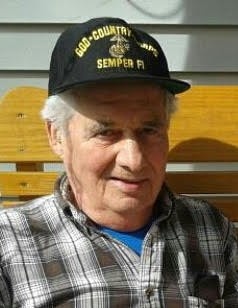 Frank was born January 30, 1935 in Killbuck, Ohio to Sebastian and Dortha {Shane} Drouhard.

Frank served in the U.S. Marines.

He retired from Akron Brass in 1990. Frank was a member of the Fredericksburg American Legion. He enjoyed working outdoors, hunting, and spending time with his kids and grandkids.

The family would like to thank the staff at Wayne County Care Center for their exceptional care, with a special thanks to Kayla for making his last days easier.

To order memorial trees or send flowers to the family in memory of Franklin Drouhard, please visit our flower store.