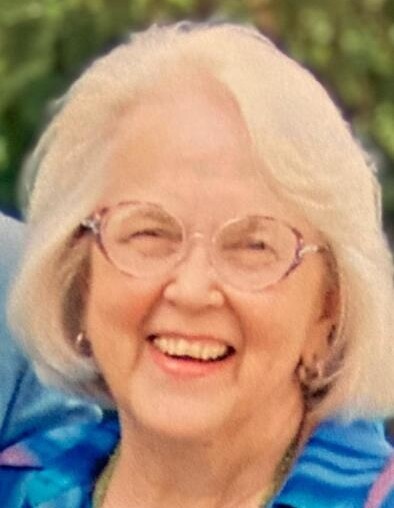 After graduating from South High School, she attended The Ohio State University and White Cross Nursing School, obtaining her LPN.

Sue worked as a nurse at various locations, including Harding Hospital and Winchester Place. She was church secretary at David Lutheran Church. Sue and Lou were founding members of Peace Lutheran Church in Canal Winchester. She loved quilting, knitting, playing the piano, and playing with her grandchildren most. Sue was also a Brownie Leader and a 4-H leader in Fairfield County.  She loved having her family around her and making dinner! Sue also traveled a great deal with Lou.

Sue was preceded in death by her husband Lou, parents, sisters Deana Porter, and Ada Rau.

Life Celebrations will be held for both Lou and Sue at a later date. Online tributes may be made at www.RobertsFuneralHome.com.   Memorial contributions may be made to the Alzheimer’s Association Central Ohio Chapter 1379 Dublin Road, Columbus, Ohio 43215 .

To order memorial trees or send flowers to the family in memory of Geneva Bauer, please visit our flower store.