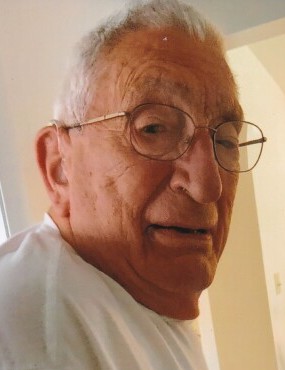 Gerald L Douglas, 83, of Wooster, went to be with his Lord Tuesday, November 23, 2021, at his residence with his family by his side.

Private services will be held at Roberts Funeral Home – Sherwood Chapel, Wooster with his son-in-law Pastor Kirk Fairhurst officiating. Burial will be at Sherwood Memorial Gardens, where military rites will be held. Online tributes may be made at www.RobertsFuneralHome.com.

Gerald was born May 29, 1938, in Massillon to Glenn and Emma Belle {Miller} Douglass.

Gerald served in the National Guard and married Janet Jolliff on February 10, 1957. She survives.

As a young man, he worked as a mechanic for Lowe & Young.  Gerald then taught small engine repair at the Wayne County Schools Career Center for 10 years. He then performed design work, project managing, and patent designs for Steiner Turf Equipment. He finished his career traveling the world building and repairing sod harvesters for Brouwer Kesmac in Canada.  He lent his deep rich bass voice in church choirs and with the Wayne Aires Barbershop Quartet. He attended Grace Church, Smithville Brethren Church and West Hill Baptist Church. Gerald enjoyed golfing, bird watching, and riding his bicycle.

Gerald was preceded in death by his daughter Debra Kay, sister Marilyn Thompson and a brother Wendell Douglass.

To order memorial trees or send flowers to the family in memory of Gerald Douglas, please visit our flower store.