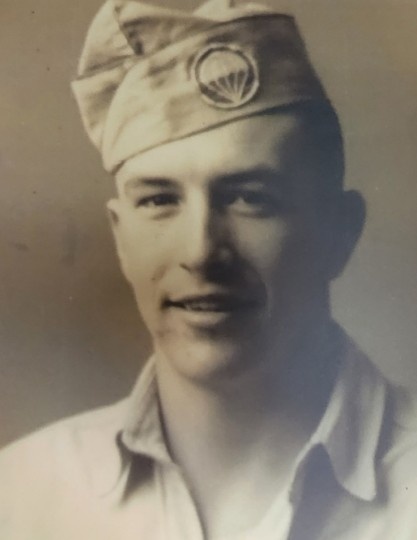 Herbert Leland Fulk, 96, of Ashland, died peacefully Tuesday, September 7, 2021 at his residence and under the care of daughter Mary Estes.

Herbert was born November 4, 1924 in Richland County to Walter Scott and Mabel Ruth {Thompson} Fulk. He married Martha V. (Johnson) on January 11th 1947.  They had 69 years together until her death on February 27th 2016. Together they were foster parents to 46 children over a 30 year period.

He served in the US Army’s Pacific Theater from April 1943 to 1946 during WWII. As a member of the 11th Airborne Division he participated in campaigns that included the Philippines, Guam, and numerous smaller islands. He was also part of the US Security Forces sent to Japan, leaving military service in 1946.

Herb worked at the Mansfield Tire over 30 years until the factory closed in 1978. While working at the factory he also farmed his and his father’s farms. In 1970 he moved off the farm but remained in the Paradise Hill area for several years until moving to Ashland.

Herb enjoyed attending the many breakfasts and Ice Cream Socials that were held a Paradise Hill Methodist church, another highlight he mentioned was to listen to his sister Joan sing at Olivesburg United Methodist Church.

Herb was a motorcycle enthusiast, owning more than 30 bikes in his lifetime. He enjoyed riding his motorcycles and had taken numerous several day trips going through many states and visiting interesting sites. At age 88 he sold his last motorcycle but was always ready to talk about the latest models and their features.

Graveside services will be Wednesday September 15th 11:00 AM at the Ashland County Memorial Park with Pastor Jenny Whitmore of Paradise Hill Methodist Church officiating, where military rites will be held.  Roberts Funeral Home – Ashland Chapel is handling arrangements. Online tributes may be made at www.RobertsFuneralHome.com.

To order memorial trees or send flowers to the family in memory of Herbert Fulk, please visit our flower store.