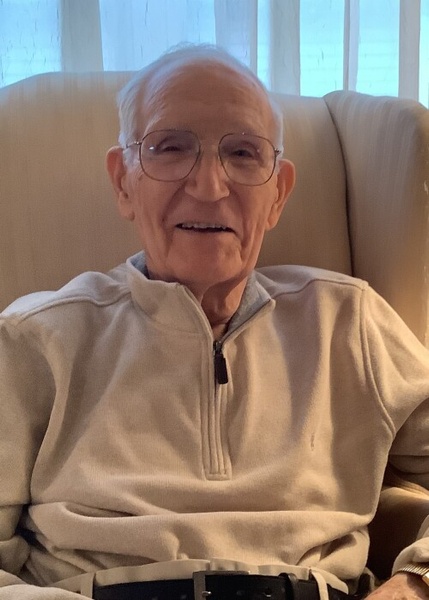 He said once that he was walking with Clyde Knopp when Clyde led him to know Jesus Christ as his personal Savior. Sometime later, Clyde became his father-in-law. He married Mabel Sue Knopp on Christmas Day in 1947.

Hestel entered the military on April 26, 1946, and served his country in the Air Force as a radioman while in the Philippines. While serving there he began a Bible study and Sunday school classes for the other servicemen on his base.

Hestel worked 42 years at B&W in Barberton where he retired in 1989.

Hestel was baptized at the Akron Baptist Temple.

He had a lifelong love for planes, painting, and woodcarving. During a trip to Alaska, Hestel carved a figure of a Dall sheep. He also enjoyed music, leading him to learn how to play the guitar and dulcimer.

Hestel was preceded in death by his parents, brothers, and sister.

Friends may call Wednesday from 10 to 11 a.m. at Roberts Funeral Home-Hillcrest Chapel, Seville.  Services will be Wednesday at 11 a.m. at the funeral home with Pastor Alice Pol of The Barberton Church of God officiating.  Burial will be at Hillcrest Memorial Gardens, where military rites will be held. Online tributes may be made at www.RobertsFuneralHome.com.

To order memorial trees or send flowers to the family in memory of Hestel Whited, please visit our flower store.