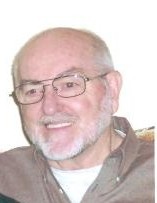 James worked at Westinghouse Electric Corporation as an Electronics Technician. He was a motorcycle enthusiast and loved DIY home projects.

A public service will be held at Roberts Funeral Home-Sherwood Chapel at a later date. Burial will be at Sherwood Memorial Gardens, where military rites will be held.   Online tributes may be made at www.RobertsFuneralHome.com.   Memorial contributions may be made to Ohio’s Hospice LifeCare at 1900 Akron Rd. Wooster, OH 44691.

To order memorial trees or send flowers to the family in memory of James Beck, please visit our flower store.