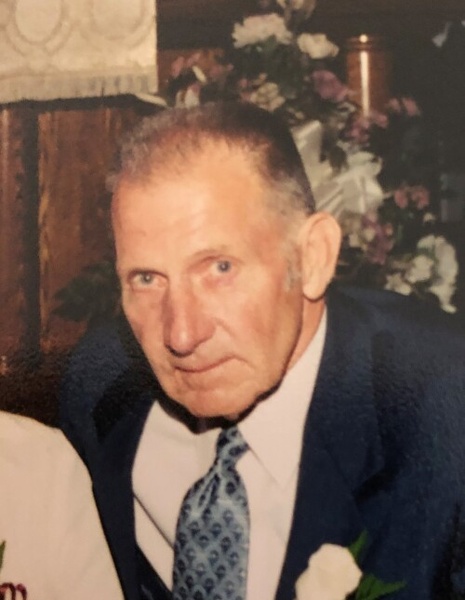 James Rex Cassady, 94, of Wooster, died December 24, 2020 at Ohio’s Hospice Lifecare, in Wooster. Christmas was always mom’s favorite holiday and he must have thought he needed to be with her this year.

Private services will be held at Roberts Funeral Home-Sherwood Chapel, Wooster with Jamie Rickard officiating.  Burial will be at Sherwood Memorial Gardens, where military rites will be held.   A celebration of life service will be announced at a later date. Online tributes may be made at www.RobertsFuneralHome.com.   Memorial contributions may be made to the Gary Sinise Foundation at garysinisefoundation.org/donate/.

Rex was born August 4, 1926 in Ashland to Mike and Lucille {Keller} Cassady.

He graduated from Shreve High School and grew up in Jeromesville most of his life.  Rex started driving a milk truck at a very early age and could still remember his route.  He proudly served his country by joining the U.S. Army during the Korean War from March 1953 to April 1955.  He received the Occupation Medal for his service in Germany, the National Defense Medal and the Good Conduct Medal.

Rex worked as a heavy equipment operator and was a member of the International Union of Operating Engineers Local 18 where he retired from. His children thought of their dad as a man they most admired and a man known for his integrity, hard work ethic and helpfulness to other.  Rex never knew a stranger. He could spin a good story as well about his life experiences, it would always leave you entertained.

Rex was preceded in death by his wife, daughter Julie, sister Karen Keller, and grandson Eric.

It is with great sadness that his family in Florida acknowledge his loss and were not able to be in Ohio.  The world is a sadder place without his loving spirit.  Rex was cared for by his son, Jake for the past four years and was so very proud of the fact that Jake donated his time and talents to help veterans with the Gary Sinise Foundation.

The family would also like to thank Ashland Home Care, especially Sarah, and Ohio’s Hospice LifeCare for all of the wonderful, compassionate care they gave to Rex and support to his family.

To order memorial trees or send flowers to the family in memory of James Cassady, please visit our flower store.