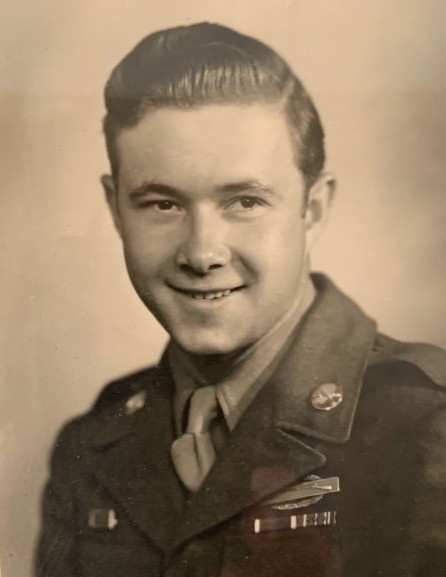 James Massie, 93, of Lower Salem, Ohio, went home to be with the Lord Saturday, March 28, 2020 at Summit Acres Nursing Home, in Caldwell, Ohio.

He attended Oak Hill Schools. At the outbreak of World War 2, James enlisted in the United States Army, landed in France and occupied Berlin.

James retired from Allsides Aluminum Company after 31 years of service.  He loved beagle dogs, from raising them to competing with them in field trials.

Funeral services will be private. Graveside services with full military honors will be held at a later date at Creighton Ridge Cemetery.   Online tributes may be made at www.RobertsFuneralHome.com.

To order memorial trees or send flowers to the family in memory of James Massie, please visit our flower store.