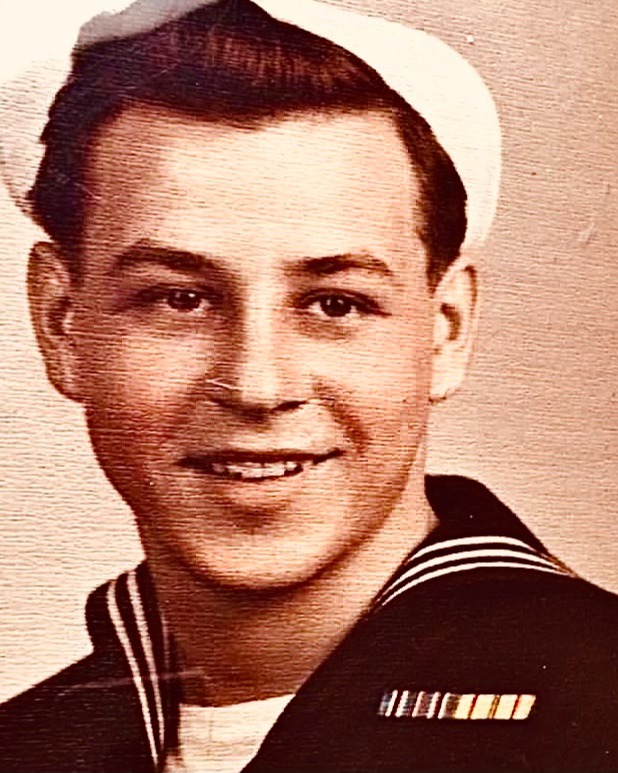 James E. Ray, 96, of Medina, passed into the arms of his Lord and Savior on Wednesday, October 26, 2022. He passed at the Western Reserve Masonic Community where he was surrounded by family. James was born December 6, 1925 in Akron, Ohio to Jacob and Olive (Borders) Ray.

James proudly served in the United States Navy during World War II as a member of the Silent Service (Submariner). James served in the South Pacific as a Radio Man on the USS Cero.

Following his service, James graduated from Kent State University, where he earned a degree in Business Administration. As a true patriot, James served in the Army ROTC while attending KSU.

After graduation, James became a Chartered Life Underwriter and was employed by Prudential Bache, where he worked as a sales manager.

James married Wilma Nay on October 15, 1950. Both he and Wilma were faithful members of the Methodist church, where he served as a Youth Group leader and a Sunday School teacher.

James was an avid jazz trumpet player who enjoyed performing throughout the Akron area. He was also a 32nd Degree Scottish Rite Freemason.

James was preceded in death by his parents and brother, Thomas.

Friends may call Monday, November 7th, from 11 to 12 p.m. at Roberts Funeral Home-Hillcrest Chapel, Seville.  Services will follow at 12 p.m. with  Rev. Scott Souders officiating.  Burial will be at Ohio Western Reserve National Cemetery, where military rites will be held.   Online tributes may be made at www.RobertsFuneralHome.com. Memorial contributions may be made to HMC Hospice of Medina County, 5075 Windfall Rd., Medina, OH 44256.

To order memorial trees or send flowers to the family in memory of James E. Ray, please visit our flower store.