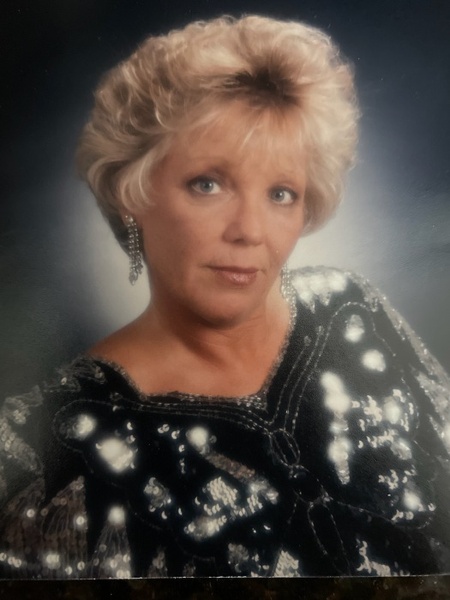 Madison High School 1968 alumna and lifelong Mansfield resident, Janet Sussanne Darr, passed away peacefully on January 21, 2022, at the age of 71.  Born on May 26 th of 1950, she was the daughter of Murray Ivan and Violet Grace Bullock (Baumberger), both preceding her in death.  She is survived by her eldest brother Dennis Richard Bullock, her twin brother Gene Warren Bullock, and loving cousins, nieces, nephews, and a host of long-time friends.  Although Janet did not have children, she had a passion for animals, with a special love for Great Danes.  They were her children.  She had several cherished Great Danes over many years, while Oso, her loyal, playful, and extremely loving Brindle Great Dane, will miss her immensely.

Janet worked as a Production Support Specialist at Sprint for many years before complications from a car accident eventually forced her retirement.  She worked hard, earned everything, and while she was especially proud of many accomplishments during her lifetime, she was particularly enamored with the achievement of overseeing the construction of her home.  In addition to her affection for animals, she loved quilting, creating stained glass art, gardening and landscaping, and Porches.  In her later years, she had also developed a relationship with God that was meaningful to her.

All who knew Janet Sussanne would attest she was intrinsically caring and supportive, always willing to help, and who loved her family and friends.  She was a tremendous daughter who helped her parents where she could, and ever sacrificing while caring for her mother Violet after her father’s passing.

Janet was one to speak of her eventual passing as no big deal, never wanting the event to be a burden, and in order-giving style, apprised us all that we were to not make a big fuss of it.  Even so, our family, her friends, and Oso will miss her enormously.

Services will be announced at a later date.

To order memorial trees or send flowers to the family in memory of Janet Darr, please visit our flower store.