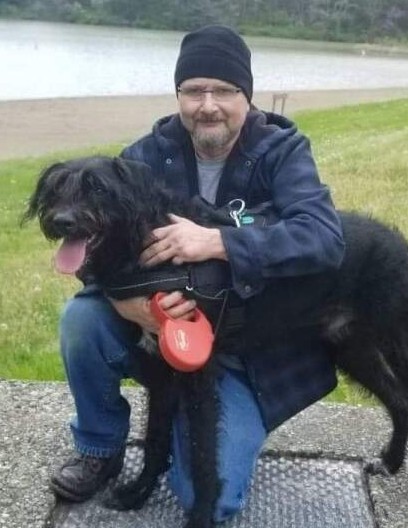 Jerry was such a bright light in the lives of everyone who knew him. He loved his family to the fullest, especially his daughter Abbey who was his whole world. Jerry was a very talented musician, having played in two bands: Tin Pan Alley and Hoo Doo Hand. His guitar playing and singing was exceptional. From Reggae to Country,, to Rock and Pop, his covers of Neil Young and the Grateful Dead were the best. He touched the souls of all who heard him perform. Aside from his music, Jerry worked hard at his job at River City Tire, where he was employed for the last ten years to provide for him and his daughter Abbey.

He is survived by his two daughters, Joey Miller of Myrtle Beach, SC and Abbey Miller of the home; her mother Meredith Parr of West Virginia; stepdaughter Elizabeth Parr of Sommerville, SC; brother Dwayne and his wife Keryn of Marietta; several nieces and nephews including Krystal Miller (Jana Meister) who was raised in the Miller home; Aunt Marcy Snyder of West Virginia; nephew Seven Parr; special aunt Susie Harris of Marietta and special coworker friend Kenny. He also leaves behind his loving dog Winston Mac.

Roberts Funeral Home - East Lawn Chapel is assisting the family with arrangements. A GoFundMe account has been set up by family friend Jana Meister re: Krystal's Grandparents

Online tributes may be made at www.robertsfuneralhome.com

To order memorial trees or send flowers to the family in memory of Jerry Miller, please visit our flower store.