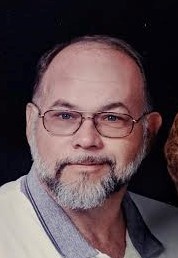 John was a youth leader for over twenty years at the Mohican Youth Center in Loudonville.  There he learned to love people (especially kids) and make a difference. He then transitioned into becoming a student at Ashland University, where he received a BS in Education.  John taught for three years at Richland County Juvenile Detention, before answering his true calling of being a full time Grandpa. He would spend the next decade of his life traveling, helping family, and loving on people. John and Marylin were members of Storyside Church, East Knox - Mount Vernon. Even with his daily battle with Parkinson’s, he always made a point to love those around him.

John was preceded in death by his parents.

Graveside services will be held August 7, 2020 at 2:00 pm at Roberts Funeral Home-Mount Vernon Chapel with Pastor Ethan Boggs officiating. Burial will follow at exactly 3:00 pm, (the exact time Marylin and John wed), at Mount Vernon Memorial Gardens. Online tributes may be made at www.RobertsFuneralHome.com.   Memorial contributions may be made to Storyside Church Children’s Expansion P.O. Box 553 Bellville, Ohio 44813 .

To order memorial trees or send flowers to the family in memory of John Amstutz, please visit our flower store.