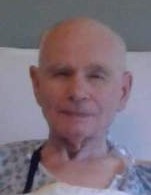 Private services will be held at Roberts Funeral Home-Hillcrest Chapel, Seville with officiating. Burial will be at Hillcrest Memorial Gardens , where military rites will be held. Online tributes may be made at www.RobertsFuneralHome.com. Memorial contributions may be made to Wounded Warrior Project, P.O. Box 758516, Topeka, Kansas 66675-8516.

He served in the US Army as an MP during the Korean War.

To order memorial trees or send flowers to the family in memory of Jonas Vandermark, please visit our flower store.