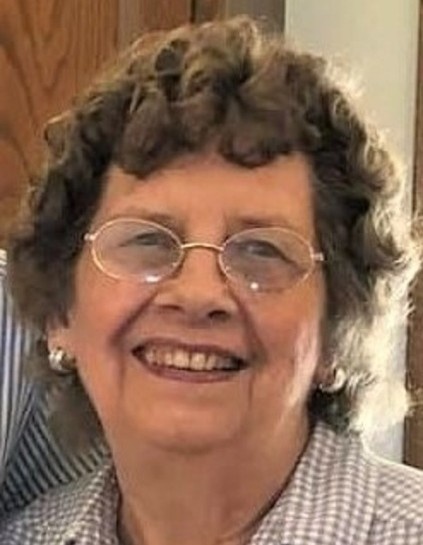 Leatha Irene Hutchinson, 85, entered the gates of heaven to be with her Lord and Savior on Jan. 16, 2021 after losing her battle to COVID. She was born on January 9, 1936 to Claude and Chloe {Perry} Long.

She loved her God and her family. She was a hardworking, compassionate Christian who never waned in her support and love of her family even during difficult times.  Moving from state to state with her military husband and young children only strengthened her mothering skills. Sacrifices were many. Through careful money management, taking factory jobs to help support her five children she still managed to be generous and compassionate. It was not unusual for Irene to provide meals to those in need and to open her home to strangers and extended family.  Irene was sweet, soft spoken and never spoke an unkind word.

She loved singing gospel music in church and even recorded hymns along with her mother.  Other interests included vegetable and flower gardening, canning, and sewing even up into her 80’s.

Irene was married to Billy Hutchinson for 61 years. After his military service they lived in Lima, OH, Orrville, OH, Belleview, Florida, and finally in 2004 they moved to Woodsfield, Ohio.  After the death of her husband, she later married Lester Cline of Woodsfield.

Irene was the daughter of Claude and Chloe (Perry) Long.  She was one of seven children. She was preceded in death by her parents and siblings, Frank Long, Ancel Long, Janie (Long) Newman and Doretta (Long) Mireau.  Two sisters survive, Nancy (Long) Blough and Nadine (Long) Davis.

Due to COVID, a virtual service by Roberts Funeral Home will be held on Facebook on Thursday, January 21 at 2 PM.  On Facebook, search “Irene Hutchinson Funeral.”  Please call Roberts Funeral Home at (330) 345-5665 for assistance.    Burial will be at Sherwood Memorial Gardens. Online condolences may be left for the family at www.RobertsFuneralHome.com.

To order memorial trees or send flowers to the family in memory of Leatha Hutchinson, please visit our flower store.