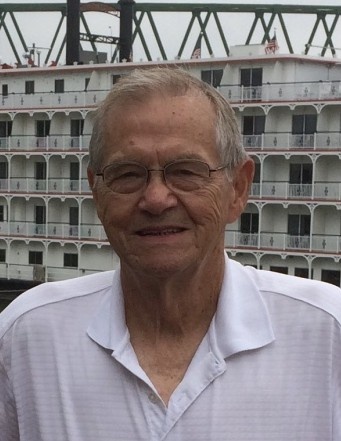 Lloyd was born October 30, 1937 in Marietta, Ohio to Lloyd and Helen Ruble Cheeseman.

He graduated from Marietta High School in 1955 where he was Quarterback (#22) his junior year in 1953 and only lost one game.

Lloyd loved fishing, painting, hunting, golfing and working in his yard. He was an avid Buckeye, Steeler and Pirates fan.

The family would like to offer special thanks to the Strecker Cancer Center, especially Dr. Kelly Cawley and Dr. Lloyd Dennis, The Marietta Hospice Staff and the Brooker family (Jake, Beth and Corben).

Visitation will be Saturday, January 25 from 1 to 3 PM at Roberts Funeral Home – East Lawn Chapel, 27880 St. Rt. 7, Marietta 45750. Funeral services will follow at 3 PM at the funeral home with Pastor Ron Calvert officiating. Burial at East Lawn Memorial Park. Online tributes may be made at www.robertsfuneralhome.com

To order memorial trees or send flowers to the family in memory of Lloyd Cheeseman Jr., please visit our flower store.