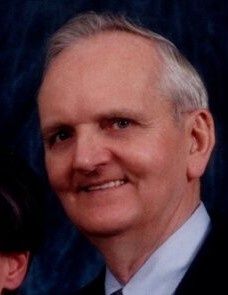 Gene was born October 25,1934 in Barberton to Robert and Evelyn {Holt} Herwick.

Gene graduated in 1952 from Barberton Highschool then served in the U.S. Navy. He married Barbara Rittman on April 30, 1966. She survives.

Gene was a teamster in the Local No. 24 for 34 years where he was a long-distance truck driver. Gene enjoyed gardening, woodworking and reading.

Gene was preceded in death by his parents, brothers Robert, Benjamin, and Donald Herwick and sister Evelyn Howe.

Per Genes wishes there will be no public services. Roberts Funeral Home-Hillcrest Chapel, Seville is handling the arrangements. Burial will be at Hillcrest Memorial Gardens.   Online tributes may be made at www.RobertsFuneralHome.com.   Memorial contributions may be made to Hospice of the Western Reserve at P.O. Box 72101 Cleveland, Ohio 44192 or donate@hospicewr.or​g.

To order memorial trees or send flowers to the family in memory of Louis "Gene" Herwick, please visit our flower store.