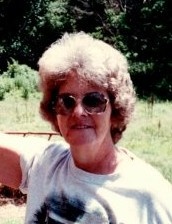 Margaret “Rita” L. Williams, 86, of Ashland, died Tuesday, December 14, 2021 at Samaritan Medical Center, with her family by her side.

Rita was born November 12, 1935 in Tacoma, Washington to Walter and Maude {Akehurst} O’Bryan.

Rita retired from National Latex in 1997. She was a 4-H advisor for many years, member of the Paint and Plain Saddle Club, had a riding academy for many years, and enjoyed spending time with her animals and family. Rita was known for teaching everyone and anyone how to ride horses. She and Ronald went on many motorcycle rides traveling all around the country.

Rita was preceded in death by her husband, sisters Margaret Kennedy and Ruth Smalley, and son-in-law Frank Toney.

Friends may call Tuesday from 10 to 11 a.m. at Roberts Funeral Home-Ashland Chapel, Ashland. Funeral services will follow at 11 a.m. Burial will be at Ashland County Memorial Park. Online tributes may be made at www.RobertsFuneralHome.com. In lieu of flowers memorial contributions may be made to Roberts Funeral Home, PO Box 715 Ashland, Ohio 44805 to help defray funeral expenses.

To order memorial trees or send flowers to the family in memory of Margaret "Rita" Williams, please visit our flower store.