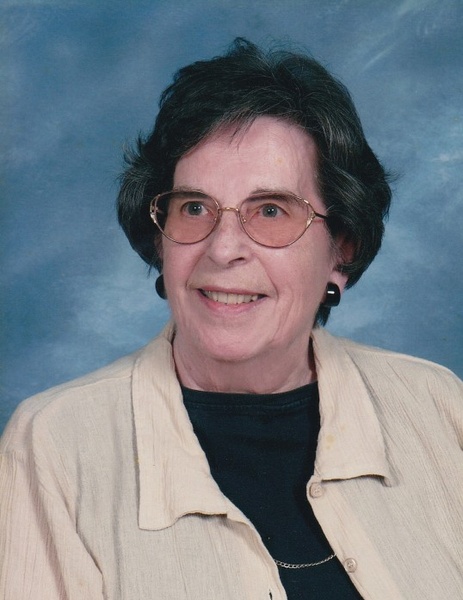 Marilyn B. Haueter, passed away peacefully Saturday, March 7, 2020 at the age of 93 at The Avenue in Wooster.

A celebration of Marilyn's live will take place at the Church of the Cross United Methodist Church at a later date with Rev Kris Patt officiating. Private inurnment will be at Sherwood Memorial Gardens.  Roberts Funeral Home-Sherwood Chapel, Wooster is handling arrangements.  Online tributes may be made at www.RobertsFuneralHome.com. In lieu of flowers memorial contributions may be made to United World Missions at P.O. Box 602002, Charlotte, NC 28260 or Wycliffe Bible Translators, P.O. Box 628200, Orlando, FL 32862 or Church of the Cross United Methodist, 5100 Cleveland Rd, Wooster, OH 44691.

Marilyn was born March 7, 1927 in Worcester, Massachusetts to the late Nicholas and Beulah {Combs} Goulding.

Marilyn attended Bob Jones University in Greenville, South Carolina where she majored in sacred music.  There she met and married Paul Haueter.  Upon graduation they responded to an invitation to work with a ministry to refugees in West Berlin, Germany.  When the wall went up in 1961 the flow of refugees was cut off, however, other avenues of Christian ministries opened, much of it with our American military.  Marilyn assisted with their chapel programs, teaching a women’s bible study and working with children in Sunday School and Vacation Bible School.  There were occasional trips into East Germany to encourage church there and take study bibles and Christian literature to pastors and church leaders.

Both of Paul and Marilyn’s children were born in West Berlin.  After 16 years the family returned to the United States and Marilyn earned a teacher certificate and while living in Maine became a grade school teacher.

In 1976 Marilyn went to Dakar, Sengal to teach at Dakar Academy, an international Christian School.  There she taught social studies, bible, art and music.

She returned to the United States after 12 years and moved to Union Mills, North Carolina, where she became the receptionist at the United World Mission headquarters and oversaw the UWM Children’s Ministry Sponsorship Program.

Marilyn remained in North Carolina until 2008 when she moved to Wooster to be near her family.  She attended Church of the Cross United Methodist and served as pianist until she was ninety.

Marilyn was the loving mother of Jonathan (Candy) Haueter of Navarre and Pamela (Dale) Gerber of Wooster.  She will be deeply missed by her grandchildren Will (Caitlin) Gerber of Hudson and Katie Gerber of Salida, Colorado.

Marilyn was preceded in death by her sisters Carolyn (Dean) Munyan and Alice (James) Arthur.

Your browser does not support this video format. You should be able to view it in Chrome, Safari or Internet Explorer.
To order memorial trees or send flowers to the family in memory of Marilyn Haueter, please visit our flower store.

Church of the Cross United Methodist