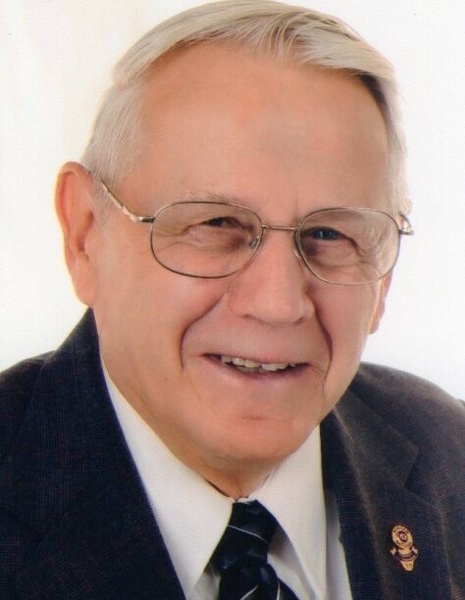 Maynard was born in Creston, OH on January 7, 1935 to Quinter T. and Mary (Shafer) Rennecker. On December 27, 1959, in Paradise Church of the Brethren, he married Anita Buchwalter, daughter of Heber and Vera (McFadden) Buchwalter.

He was baptized and became a member of Beech Grove (Chippewa) Church of the Brethren on Sept. 8, 1946. He transferred membership to Paradise and later Smithville Brethren. He was very active in these churches. Maynard was a deacon and trustee in Paradise and SBC.

After graduation from Creston High School in 1953, he was drafted into the US Army, where he served from Nov 1957 till November 1959. When he was stationed at Ft. Huachuca, AZ, he was transferred to Special Services as and Instructor in the Craft Shop, where he taught ceramics, wood, and leather craft. Maynard was a man of many talents. He spent many years working with his father, where he learned to build and repair farm machinery. He worked as a carpenter, building houses, with EE Miller for 4 years. At Maibach’s Home Furnishings, he started on delivery, then installed linoleum, ceramic tile and formica followed by carpet, for a total of 44 years. After retirement, he measured and figured jobs for Howmar’s in Marshallville, for several years.

He had many interests: hunting, fishing, wood working, gardening, collecting and restoring antiques, golfing, extensive traveling, and reading. Family, and most recently great grandchildren were his special interest.

Preceding him in death were his parents, sister Kathryn, brother Harold, brother-in-law Harold Ray, Arden and Gary Buchwalter. He is survived by his wife, sister Virginia Ray, in-laws Delores and Dan Fetter, and Loren and Sue Buchwalter.

Celebration of life will be at Smithville Brethren Church on September 5 at 3 p.m. with visitation one hour before the service.

To order memorial trees or send flowers to the family in memory of Maynard Rennecker, please visit our flower store.

Gathering of Family and Friends