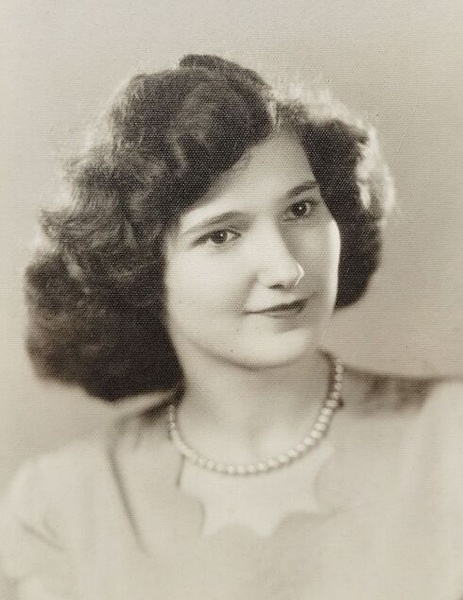 June was born in Waterford, Ohio on October 9, 1932 as the fourth of five children of Lowell and Gatha Powell.   During her formative years, June worked countless hours in her parent’s businesses, including the local produce store, ice cream parlor and dance hall in Lowell, Ohio.

June graduated from Lowell High School in 1950 and continued her education at a business school in California.  She returned to the area to do office work where she met her first husband, Theodore Nada.   Her first marriage was short-lived and she re-married to Robert Hunt in 1960.  Within a couple of years, they moved the family to Phoenix, Arizona.

June was a homemaker and dedicated stay-at-home mom for most of her married years.  However, after her second divorce, while in her late 40’s, she went back to school.  She amazed her professors and excelled in an area of special interest for her, electronics.  She received a degree in Electronic Technology shortly before her 48th birthday.  In 1984, June moved with her daughter Ceresse to a home in Tempe, Arizona, where she soon retired.

June loved hiking, camping, gardening, animals of all kinds, being out in nature as well as researching investments and playing games of all sorts, including casino blackjack.  She had an amazing sense of humor, fun loving personality, and was always ready to take on new challenges.

While in her 60s, June took on a huge new challenge.  With her daughter, who was still working full time in Phoenix, she worked on the creation of an off-grid high desert homestead in northern Arizona. Often spending weeks alone in the wilderness with her cat and 2 dogs, she could be found removing cacti from trails, trimming trees, running a backhoe, tilling fields and hanging out with coyote and rattlesnake visitors.  After a few years, the high altitude began causing her health problems, forcing her to return to Tempe full time, where she spent much of her time caring for their gardens and mature fruit trees.

June is preceded in death by her father Lowell Powell and her mother Gatha Doak Powell, her brothers Joe and Nathan Powell, her sisters Anna Jean Angle and Elda Powell, and her brother-in-law Don Angle.  June is survived by her daughter, Ceresse Nada, her sister-in laws Sandy Powell (Nathan) and Joann Powell (Joe), two nieces and seven nephews and their families.

The family would like to thank Brian Webb, the pastor of Vista Community Church in Dublin, Ohio, for leading the loving services to remember his Aunt June.

Services to be held at Roberts Funeral Home in Marietta Ohio on March 4, 2022 at 11am.  After the services June will be laid to rest at the East Lawn Memorial Cemetery in Marietta next to her beloved Mother, Gatha Doak Powell.

To order memorial trees or send flowers to the family in memory of Norma Hunt, please visit our flower store.