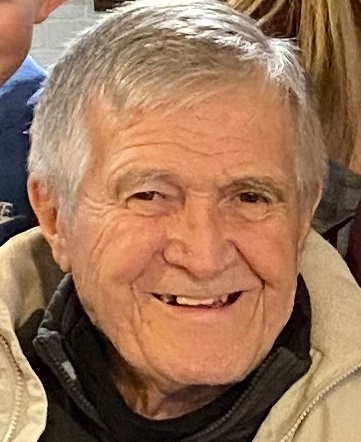 Phil Sattler, 87, of Ashland, passed away _May 9, 2022.    He was born in Ashland to Harold and Marvel (Harman) Sattler.  He was a life time resident of Ashland, graduated from Ashland High School and then proudly served his county as a member of the U.S. Marine Corp.   Upon his honorable discharge he worked as a heavy equipment operator with the State Highway Department.  He then became a salesman for the Union City Chair Company, owned and operated the Beer Barrel and retired as an inspector for the State Highway Department.

He was a member of Masonic Lodge #151 F & AM, a member of BPOE #­_1360, a member of the VFW and the American Legion, Post # 88.   Phil was an avid hunter and took great pride in teaching his children and grandchildren proper gun safety and going hunting with them.   His biggest pride was his family and they had many adventures at the hunting camp in Pennsylvania.  After he sold the cabin he bought the property and built a pond.  The pond was the favorite gathering place for many, many parties and just a nice place to hang out, fish, sit around the fire and visit.

To order memorial trees or send flowers to the family in memory of Philip Sattler, please visit our flower store.