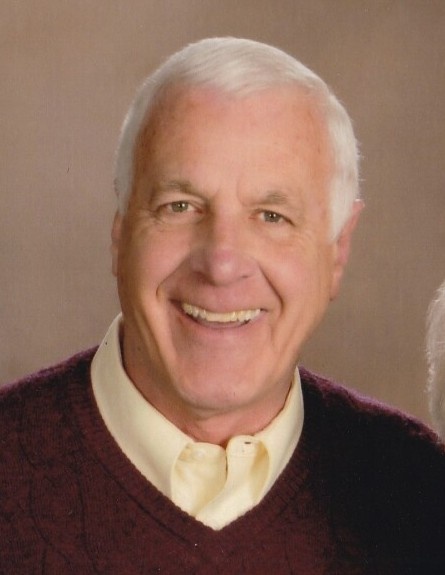 Ray graduated from Akron Buchtel High School in 1964.  He enlisted in the Ohio National Guard and proudly served 6 years.

On October 14, 1966, Ray and his high school love, Betty, were married in Ft. Jackson, SC.  After returning from SC he attended the University of Akron.

Ray always loved working with his hands.  He could fix almost everything. Ray completed the Apprentice program at the B.F. Goodrich Rubber Co. in 1970, where he became an electrician until retirement.  After retirement he worked for the Goldsmith & Eggleton Co. in Wadsworth as the maintenance foreman.

Ray enjoyed supporting the Wadsworth Grizzlies.  He gave many years of unselfish service and dedication to coaching Little League baseball and girls’ softball.  He was treasurer of the Wadsworth All-Sports Booster Club for 8 years.  He enjoyed selling programs and 50/50 tickets at the high school football games. Ray became an avid Ohio State fan, he loved going to games and tailgating.

Ray was an active member of First Christian Church where he served in many capacities.  He taught Sunday School, served as a deacon, usher, trustee and greeter.  Ray served on numerous committees.

Ray will be deeply missed by his wife of 53 years; children Jennifer (David) Frisby, Sharon (Roger) Wright both of Wadsworth and Rebecca (Neal) Enrick of Akron; five grandchildren, Hayden, Mitchell and Conner Frisby, and Colin and Brandon Wright; sister Lois Criss of Dublin, OH; many nieces and nephews; numerous lifelong friends and his constant companion and loyal cat, Newman.

Ray was preceded in death by his parents and brother William.

Friends may call Tuesday from 10 to 11 a.m. at Roberts Funeral Home-Hillcrest Chapel, Seville.  Services will follow at 11 a.m. at Hillcrest Memorial Gardens with Pastor Sarah West officiating, where military rites will be held.  Online tributes may be made at www.RobertsFuneralHome.com.   In lieu of flowers memorial contributions may be made to First Christian Church, Trent Kelly Youth Fund at 116 E. Boyer St, Wadsworth, OH  44281 or Wadsworth All Sports Booster Club at P.O. Box 278, Wadsworth, OH  44281.

The family would like to especially thank Dr. Bradley Clifford, the Barberton Oncology Department and Summa Hospice for their compassionate care that they gave Ray each time they saw him.

To order memorial trees or send flowers to the family in memory of Ray Gill Jr., please visit our flower store.