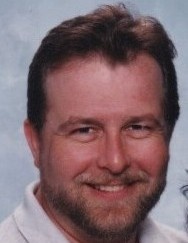 Friends may call Saturday, September 18 from 11 to 12 p.m. at Roberts Funeral Home-Sherwood Chapel, Wooster. Services will be Saturday at 12 at the funeral home with Pastor Kirk Fairhurst officiating.  Burial will be at Sherwood Memorial Gardens, Wooster. Online tributes may be made at www.RobertsFuneralHome.com. Memorial contributions may be made to The Ohio State Richard Ross Heart Hospital, 452 West 10th Ave, Columbus, OH 43210 .

Richard retired from Luk as a material handler. He was baptized in the United Methodist Church of Wooster. Richard enjoyed playing poker, golfing, fishing, vacationing at the beach, and being around his family. Richard loved his sons and dog dearly.

Richard will be deeply missed by his wife, children Kristopher Baker of Wooster and Jesse Baker of Loudonville; parents Richard R. and Mary of Millersburg; sister Janet (Angelo) Malta of New Mexico

Richard was preceded in death by his mother.

To order memorial trees or send flowers to the family in memory of Richard Baker, please visit our flower store.