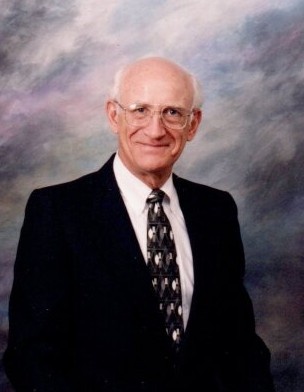 Roberts Funeral Home-Sherwood Chapel, Wooster is assisting the family.  Private family services will be held at the funeral home with Pastor Bob Fetterhoff officiating. Burial will be at Sherwood Memorial Gardens. Online tributes may be made at www.RobertsFuneralHome.com. Memorial contributions may be made to Alzheimer’s Association or the American Heart Association.

Richard graduated from Big Prairie High School and then Wooster Business College. He served in the US Air Force from 1949 till 1952.

He married Rilla Decker on October 21, 1951. Richard and Rilla had been married for 70 years.

Richard retired from First Federal Saving and Loan as the President and CEO after 38 years. He attended Grace Church. Richard served on many boards around the Wooster area and enjoyed tennis and fishing.

The family would like to thank the Staff at Brookdale and Brookdale Hospice for their care and support.

To order memorial trees or send flowers to the family in memory of Richard Herald, please visit our flower store.