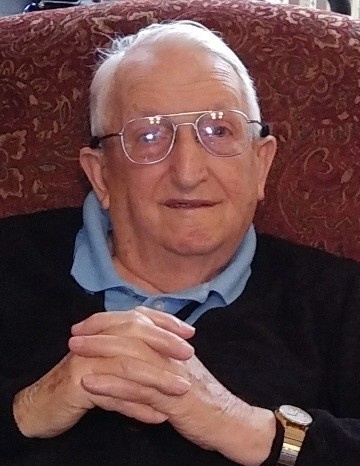 Robert was born October 26, 1926 in Cleveland to Tod and Alice {Harriott} Deibler.

Robert served in the United States Army Air Corp as a Cryptographic Tech during World War II. He was asked to go on an Honor Flight to Washington D.C. at age 90, which he enjoyed with his daughter.

Robert retired from Lorain Products as an Electrical Engineer. He was a member of the Ashland Senior Center and sang with the Golden Serenaders. He enjoyed volunteering at Firelands Hospital in Sandusky as a transporter. He also enjoyed gardening, fishing and games.

Robert will be deeply missed by children Howard (Carol) Deibler of Nankin, William Deibler of Anna, Delica (Robert) Kane of Sullivan and Damita (Greg) Vanche of Amherst; nine grandchildren; and fourteen great-grandchildren with one on the way.

Robert was preceded in death by his beloved wife in 1996, son Robert “Bobby” Deibler Jr. in 2012, sisters Betty Rogers and Marilyn Bauchman.

To order memorial trees or send flowers to the family in memory of Robert Deibler, please visit our flower store.