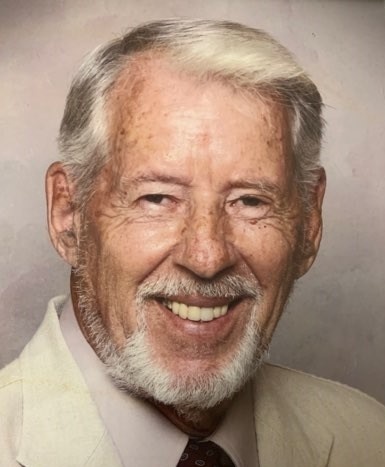 Robert “Bob” W. Hudson, 88, of Mount Vernon, passed away, after a long illness, of Parkinson’s related dementia, on Monday, August 3, 2020 at Middleton, in Granville

Bob earned a Bachelor’s degree in Education from the University of Montana in 1954, and also completed the ROTC program. He competed in track and field (hurdles and long jump) with the USAF, and was an alternate in the long jump for the 1956 United States Olympic Team. Bob served in the United States Air Force from 1954 to 1974 and retired as a Major.

He retired from Mount Vernon Developmental Center as a Personnel Director. Bob was very involved in AMVETS, the VFW, as well as the American Red Cross where he assisted in local as well as national emergencies.  In 2009 he was the American Red Cross of Knox County Volunteer of the Year, and in 2013, at the American Red Cross of Knox County Heroes’ Breakfast, Bob received The Energy Cooperative Armed Forces Hero Award.  In 2010 he was inducted into the Ohio Veterans Hall of Fame.  Everywhere he lived Bob was integral in serving his community.  He was instrumental in the development of the Hot Meal Program of Mount Vernon and the Veterans Walk of Honor at the Mount Vernon Public Square. Bob loved garage sales, fishing, and Ohio State Football, but always put his family first.

Bob will be deeply missed by his children Kimberly Hudson of Thornville, Randy (Amy) Hudson of Mount Vernon, Kristina Hudson Butler of Chicago, and Karen (Eddie) Urdak of Johnstown; grandchildren Nathan, Derek, Jessica, Alex, Madison, Emma, and Abigail; and many nieces and friends.  He is also survived by his former wife Ann R. Hudson of Mount Vernon.

Bob was preceded in death by his parents; brother Jim Hudson; and sister Pat Stanley.

Friends may call Monday from 11:00 a.m. to 1:00 p.m. at Roberts Funeral Home-Mount Vernon Chapel. Private family graveside services will be at 1:30 p.m. at Mount Vernon Memorial Gardens, where military rites will be held. Online tributes may be made at www.RobertsFuneralHome.com.   Memorial contributions may be made to First Presbyterian Church of Mount Vernon Hot Meals Program 102 North Gay Street, Mount Vernon, Ohio 43050; or Foundation for Hospice of Central Ohio P.O. Box 430 Newark, Ohio 43058.

To order memorial trees or send flowers to the family in memory of Robert Hudson, please visit our flower store.