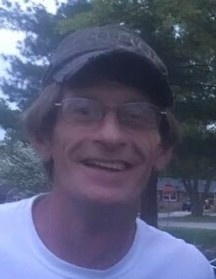 Robert was born February 10, 1967, in Dubuque, Iowa to and Mary C. {Rohr} and Robert Robinson. When Robert Jr. was a baby, the family moved to Ohio.

He attended Cloverleaf High School until he was expelled for letting pigs loose in the school.

He married the mother of his children, Tammy Morrison.

Robert worked in construction. He loved spending time with his family, especially with his grandchildren. Robert liked the outdoors, cooking, and crazy adventures. His charismatic personality and recognizable laugh were loved and will be missed by all.

Robert was preceded in death by his parents, and nephews Stephen and Eric.

Friends may call Thursday, January 13 from 12:00 p.m. to 1:00 p.m. at Roberts Funeral Home-Hillcrest Chapel, Seville. Funeral services will follow at 1:00 p.m with Pastor Robin Hart officiating. Burial will be at Hillcrest Memorial Gardens. Online tributes and memorial contributions to assist the family may be made at www.robertsfuneralhome.com Please click on the donations tab at the top of this page.

To order memorial trees or send flowers to the family in memory of Robert Robinson Jr., please visit our flower store.