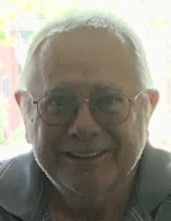 He proudly served his country in both the Army and Navy which included a tour in Vietnam.

He married his grade-school sweetheart Anna {Jones} on December 16, 1967, in Wadsworth, Ohio.

Ron retired from Penske Logistics in 2002. He and his wife attended Calvary Baptist Church in Rittman. Ron is also a proud member of VFW in West Salem. In his spare time, he could be found riding his motorcycle, fishing, bowling, and listening to the Cleveland Indians game on the radio. Ron will be missed for his smile, charm, sense of humor, quick wit, sweetness, and attentiveness.

Ron will be deeply missed by his wife; granddaughter Charlene (Shawn) Mullin; great-grandchildren Kameron and Kelsie DeLong and Robbie Glasser.

Memorial contributions may be made to the family.

To order memorial trees or send flowers to the family in memory of Ron Wagar, please visit our flower store.