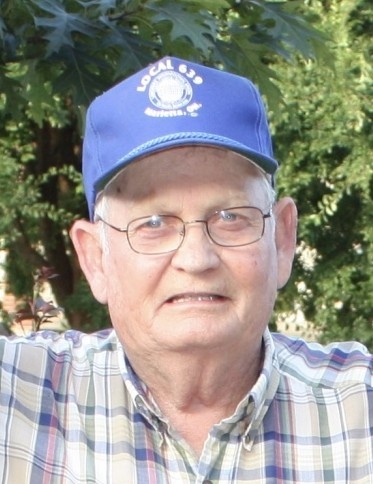 He was a 1959 graduate of Newport High School. Ronnie was a veteran of the United States Army where he served as an MP and earned the rank of SP-4.

He retired from the Laborers Union Local #639 in 1999. Earlier employment included delivering for Apex and working for Colonial Gardens building golf courses along the east coast. Ronnie was a proud member of Masonic Lodge 308 in Macksburg and was also a Shriner with the Marietta Shrine Club. His love of cars led him to open and operate Reno Auto Sales for several years, sponsor dirt track racecars and had a great love of NASCAR. He was also an avid collector of ALL things (we won’t call it “junk”) which he would procure from estate sales, yard sales and auctions.  He never missed Molly-B’s Polka Party on Wednesday evenings.

Friends may call Monday, September 13th from 11 to 1 p.m. at Roberts Funeral Home-East Lawn Chapel, 27880 St. Rt. 7, Marietta.  Funeral services will follow at 1 PM.  Burial will be at Valley Cemetery, where military rites will be held.

To order memorial trees or send flowers to the family in memory of Ronald Hill, please visit our flower store.