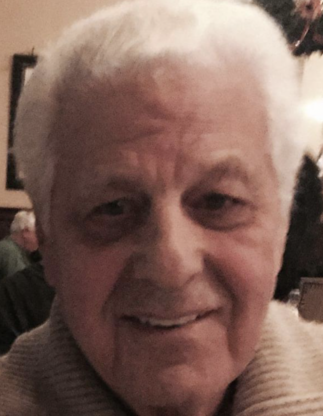 Ross was born November 6, 1932, in Wooster, Ohio to the late Matteo and Mary (lannerelli) Barbera.

Ross worked as a molder for 36 years at Akron Brass a Division of Premier Farnell. Ross enjoyed fishing, traveling, and socializing in multiple clubs in Wooster. Ross was preceded in death by his parents, his sister Josephine Jester, his brother Anthony Barbera, and his son Steven Barbera. He will be deeply missed by his wife, Rose, his children, Vicki {Curtis) Hawkins and Kelly Barbera, his grandchildren, Marie (Chris) Herzog, Matteo Barbera, Rosanna (Jason) Mullen, Aaron {Sarah) Barbera, and Christian Barbera his great-grandchildren Hugo and Desmond Herzog, Matthew and Hannah Barbera, and Zoey and Nova Barbera, and numerous nieces, nephews, and cousins. The consistent theme in Ross's life was his love for his family which he freely and often expressed.

To order memorial trees or send flowers to the family in memory of Ross Barbera, please visit our flower store.