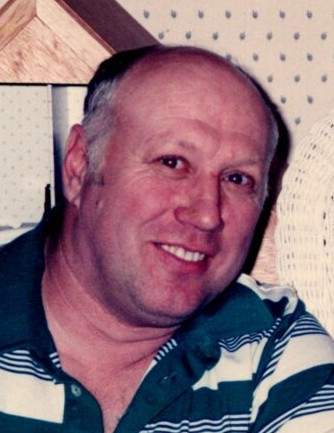 Stan retired from Centerra Co-op as a grain terminal supervisor after 42 years. He also owned and operated a farm in Richland County for 20 years. He was a member of the Adario Dartball team, Huff-N-Puffers softball team and the American Legion Harry Higgins Post 88.

Stan will be deeply missed by his wife of 51 years; son Bill Bloodhart of Dayton; brothers Jerry Bloodhart of New London, Wayne (Kay) Bloodhart and Ralph Bloodhart of Ashland; sister Judy (Mike) Canfield of Sullivan; and numerous nieces and nephews.

Stan was preceded in death by his parents and his brother John.

Private services will be held at Roberts Funeral Home-Ashland Chapel with Pastor Dan Allan officiating.  Burial will be at Ashland County Memorial Park, where military rites will be held. Online tributes may be made at www.RobertsFuneralHome.com.   Memorial contributions may be made to Ohio’s Hospice LifeCare at 1900 Akron Rd. Wooster, OH 44691 or Grace Brethren Church at 1144 West Main St. Ashland, OH 44805.

To order memorial trees or send flowers to the family in memory of Stanley "Stan" Bloodhart, please visit our flower store.