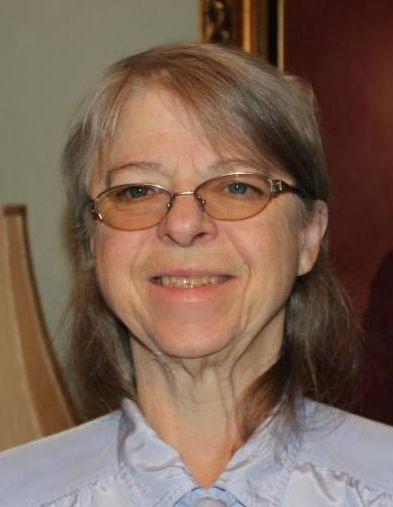 Susan M. DeLarme Dresch, 71, on   January 16, 2022   went to be with her Lord and Savior Jesus Christ.  Born January 3, 1951 in Chicago, Ill. to Walter and Rosalee Chrustek DeLarme one of four children.  She graduated from Homewood-Flossmoor High School and George Williams College. She married Michael Dresch in 1973; they resided in Massachusetts and Michigan before moving to Loudonville, OH. in 1979 where they resided for 28 years.  In Loudonville they operated the Mohican State Park Canoe Livery. They moved to Cincinnati, OH. in 2006.  Throughout her life Sue held positions working with children in teaching and library positions and with senior citizens.

Sue was very active in the churches to which she belonged acting as liturgist, member of Session, women's groups, Bible studies, and choir.  Sue was a member of Sweet Adeline’s, the Order of Eastern Star and Mount Washington Presbyterian Church.

She was preceded in death by her parents, various aunts, uncles and cousins.

She is survived by her husband of 49 years, daughters Michelle Dresch, Amber Kasper and grandchildren Brian and Renee Kasper and her sister Noreen Haiduk, brothers Larry and Ronald DeLarme.

In lieu of flowers donations may be made to the Alzheimer’s Association or Hospice of Cincinnati. Throughout her life she collected angels and her “motto” was “Keep Smiling!”

Services will be held at a later date.

To order memorial trees or send flowers to the family in memory of Susan Dresch, please visit our flower store.