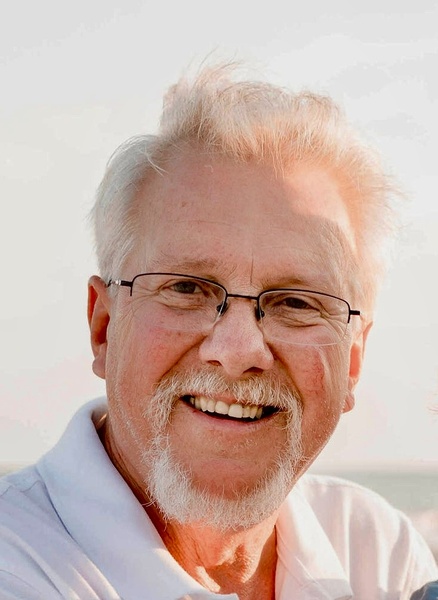 It is with much sadness, that we are sharing the news of the death of Ted Mallory Doty.  Ted was born December 3, 1949, and died August 6, 2022, of an apparent heart attack.

After graduation from high school, Ted spent 4 years in the Air Force – one of those years was in Vietnam. While in the AF he met his wife, Gloria, and they were married for almost 51 years.  Together they had two daughters, Lori (Curt), and Angie (Greg).  Lori and Curt blessed them with two grandsons, Wessen and Sammy.  Angie and Greg blessed them with two granddaughters, Rosie and Maggie.  All of us will have the great memory of a beach vacation for the celebration of our 50th anniversary.

He is survived by his sister, Barb Buchwalter, (Bill), his brother, David (Blanche), another “brother” Steve Williamson and many nieces and nephews and some very good friends.  He was predeceased by his parents, Betty and David Doty, and his sister, Amy Williamson.

Ted worked for Wooster Glass Company for 46 years, and then worked for Hackworth Electric part time for 5 years.  He was a member of the Wooster Elks, and the American Legion.

His many hobbies included, tropical fish, riding his Harley, and taking the Javelin (Mom’s car) to car shows.  There were many motorcycle trips over the years– he was very proud that he drove all the way to Key West and back.  The car shows were a big part of his life, and he has many trophies to prove it!

A memorial service and military rites will be held at Ohio Veterans’ Memorial Park on Saturday, September 17 at 11:00 am. Friends and family will gather to share stories and memories following the service until 3:00 pm.

Roberts Funeral Home – Sherwood Chapel, Wooster is handling arrangements. Online tributes may be made at www.robertsfuneralhome.com.

We always joked that Ted was “making friends” and he was very good at it!  Ted will never be forgotten but remembered and missed by all who were fortunate enough to know him.

We still had more adventures to go and do…

To send flowers to the family in memory of Ted Doty, please visit our flower store.